The Sum of Us
Published on October 15, 2021
Reading time: 3 minutes
Back to all articles

The humble beginnings of every company shaped them into what they are today. Our story started with a small horse-drawn wagon serviced by Henry T. Batterton who probably didn’t imagine his fancy gourmet coffee company becoming a major player in the beverage industry. This month, marked our 125th-year anniversary, and as we celebrate, our team at Royal Cup is reflecting on the many years of hard work and dedication to coffee and tea excellence that has helped get us to where we are today! Join us as we travel through time to share the story of Royal Cup throughout the decades.

1800s: The Start of Something Brew-tiful

In 1896, our humble beverage business was founded in Birmingham, Alabama, as the Batterton Coffee Company. Henry Batterton opened the state’s first coffee roaster and provided the perfect pick-me-up for customers throughout Alabama (some things just never change). Trendy before his time, mason jars served as the original packaging for this timeless beverage! 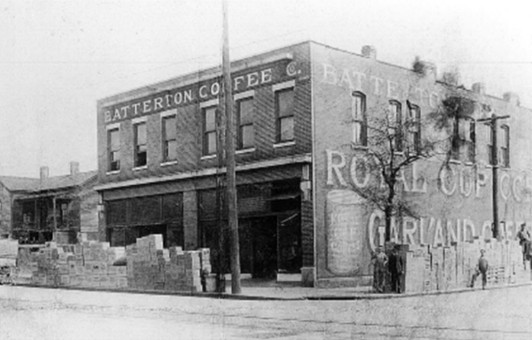 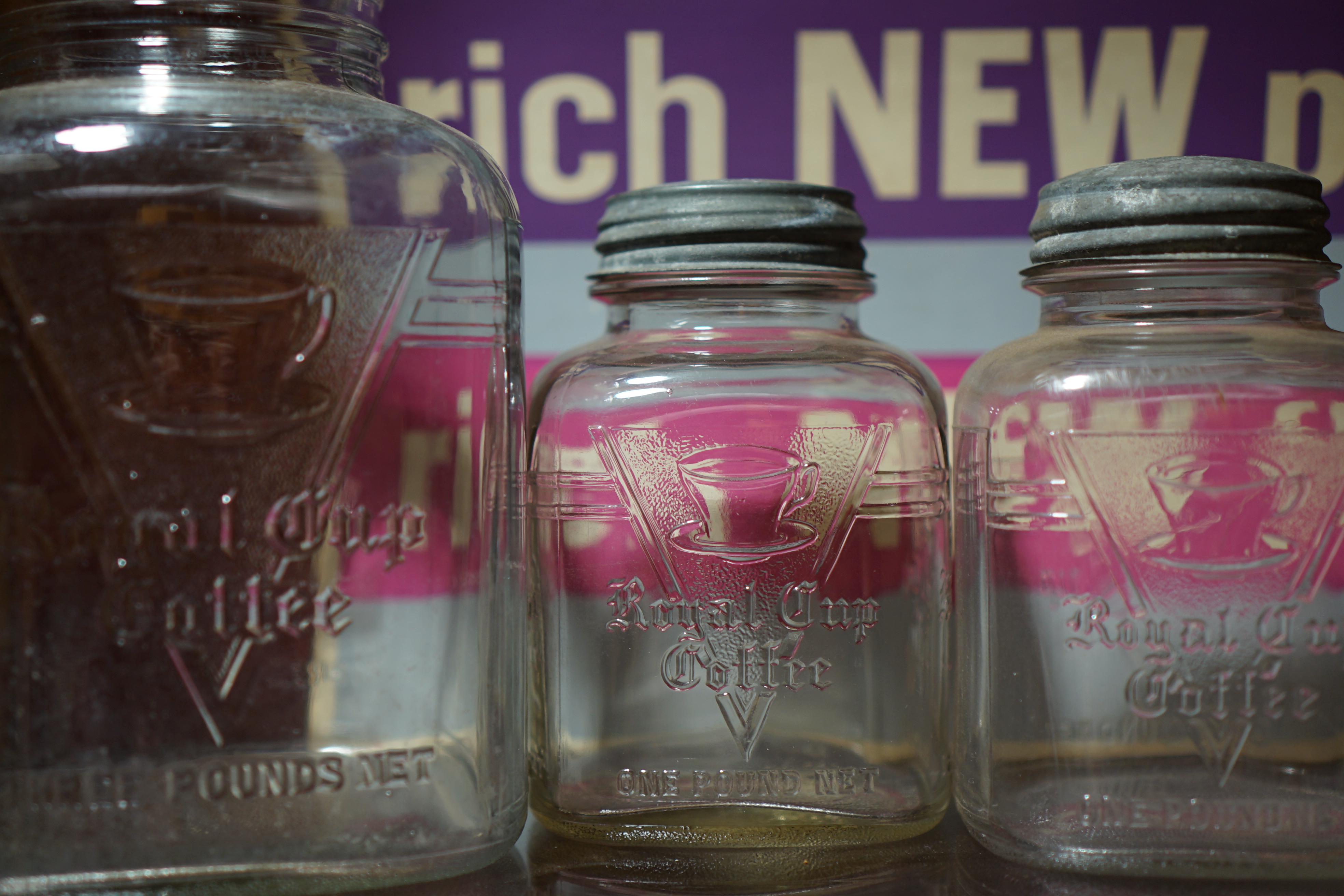 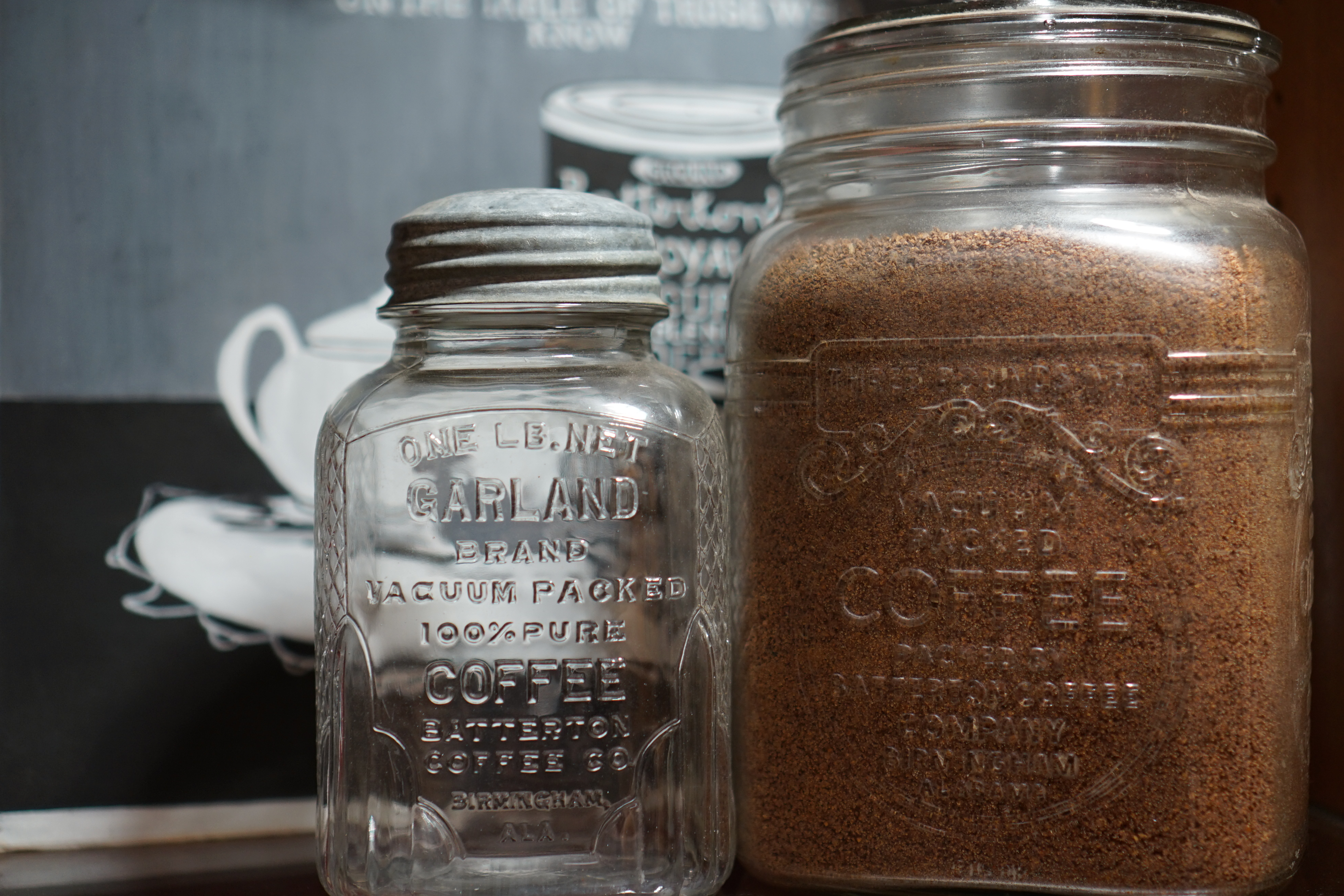 In 1909, the company outgrew its original building and moved to a new facility on First Avenue North in downtown Birmingham – but new spaces weren’t the only moves the company was making. Our original packaging received a colorful facelift for customers to enjoy! 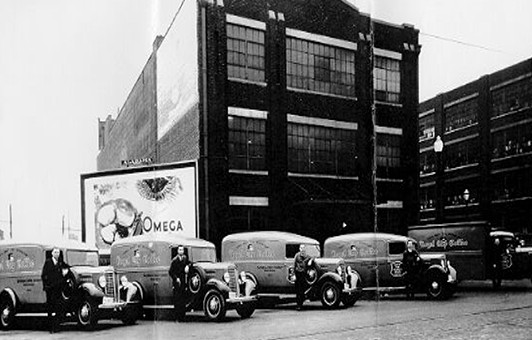 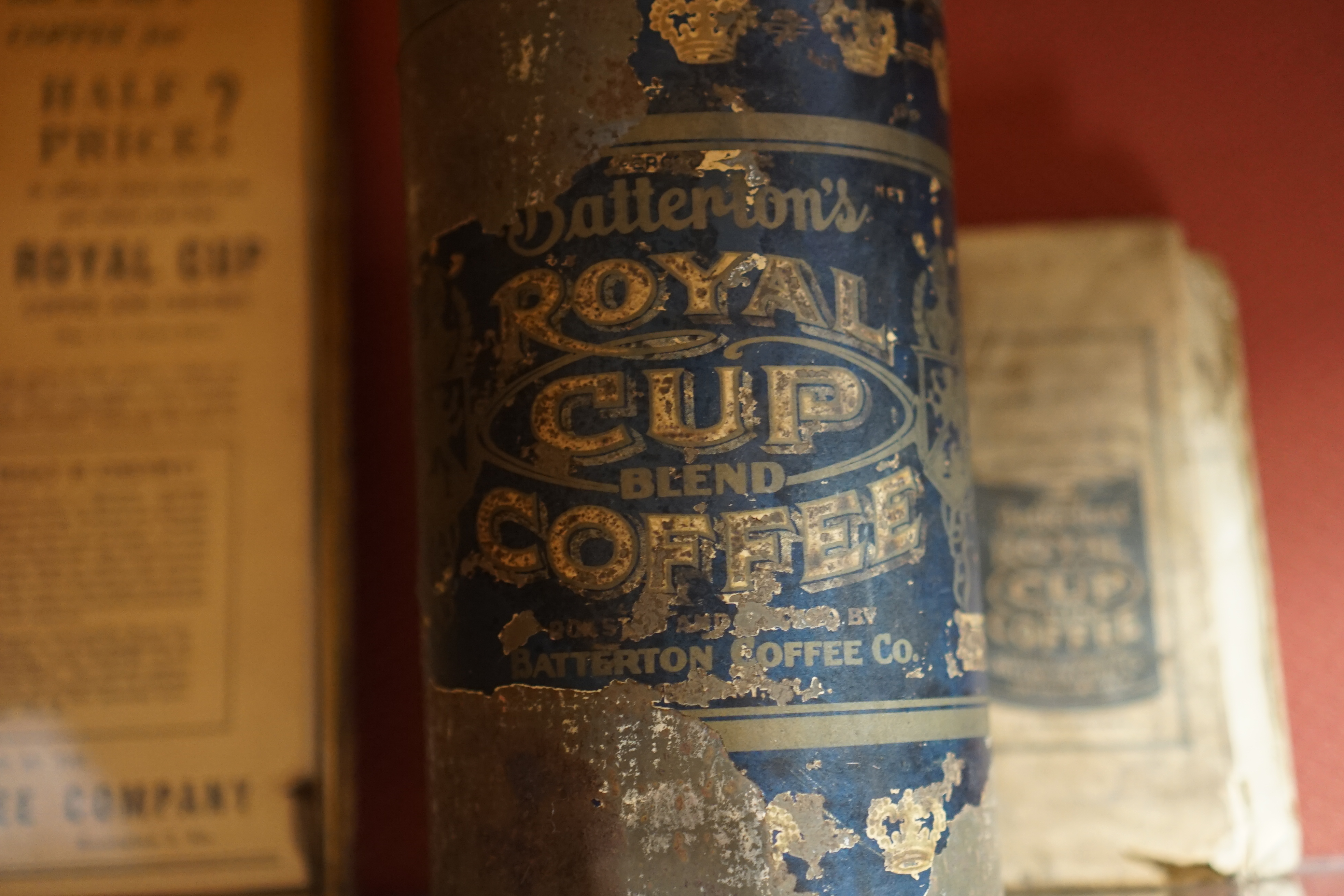 In 1950, a group of investors led by William E. Smith purchased the coffee company, and its name was officially changed to Royal Cup Coffee. Why the name change? Customers drinking the coffee often referenced that it was so good, it was fit for royalty. This decade also brought exciting changes like our start in the hotel and restaurant industry. 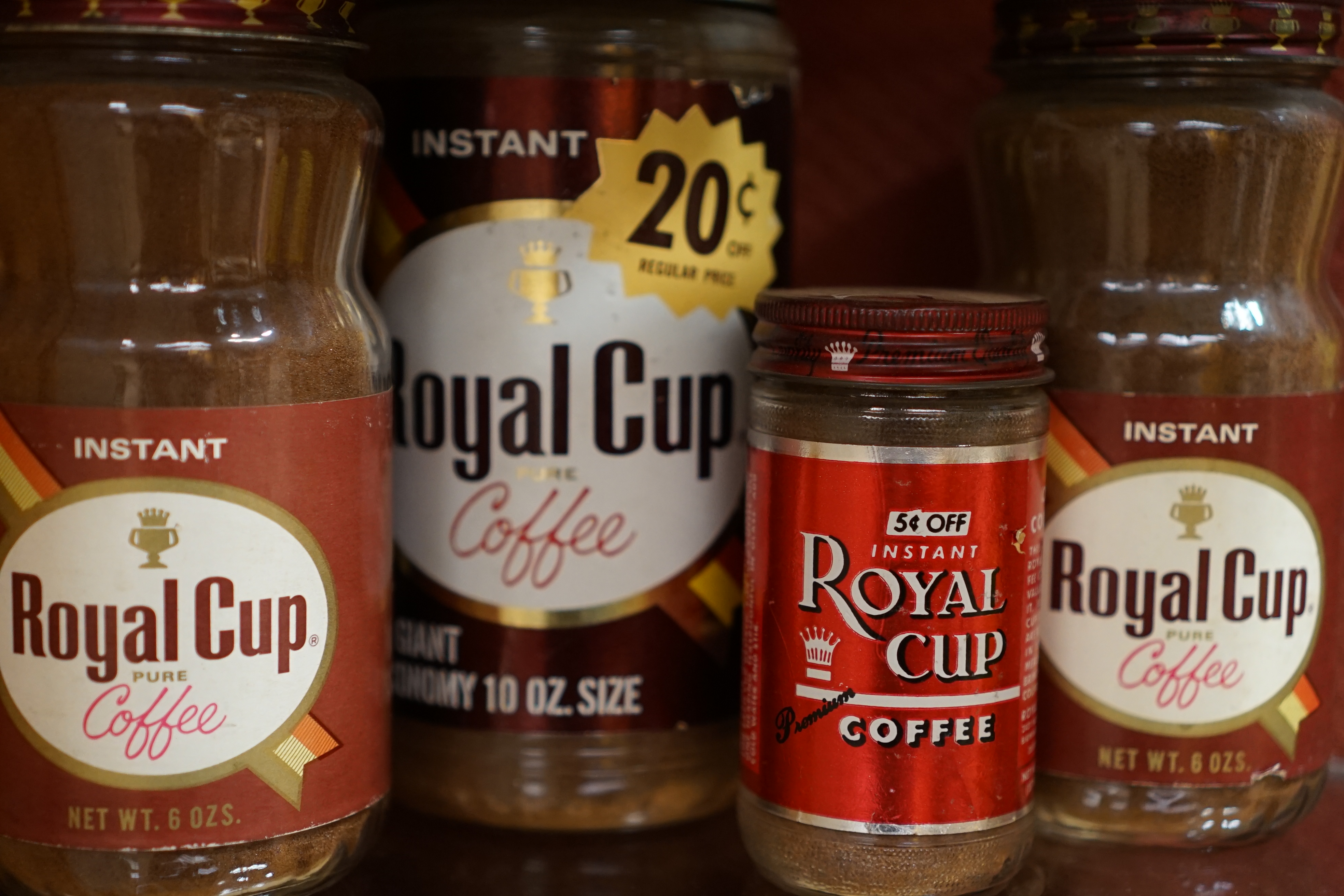 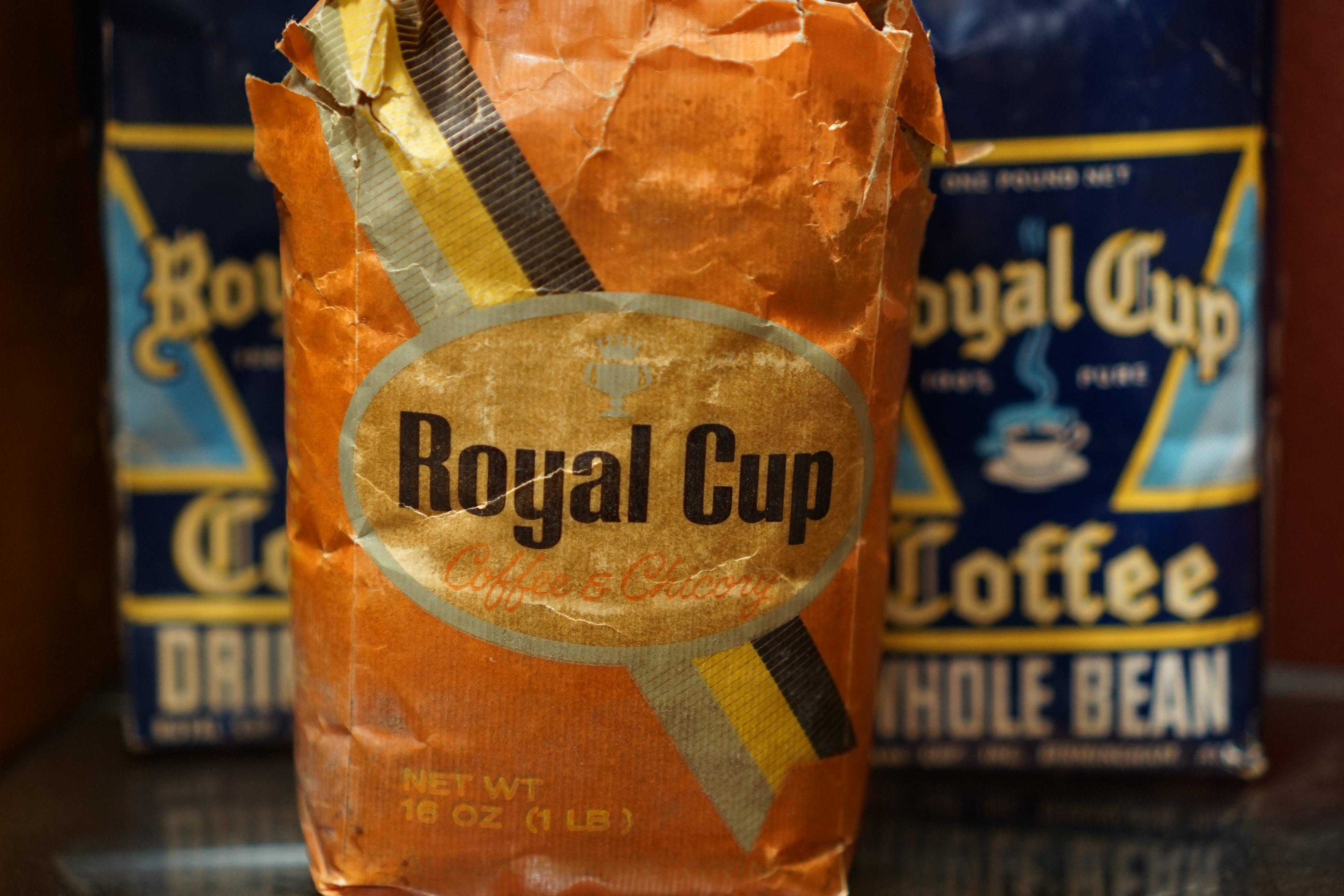 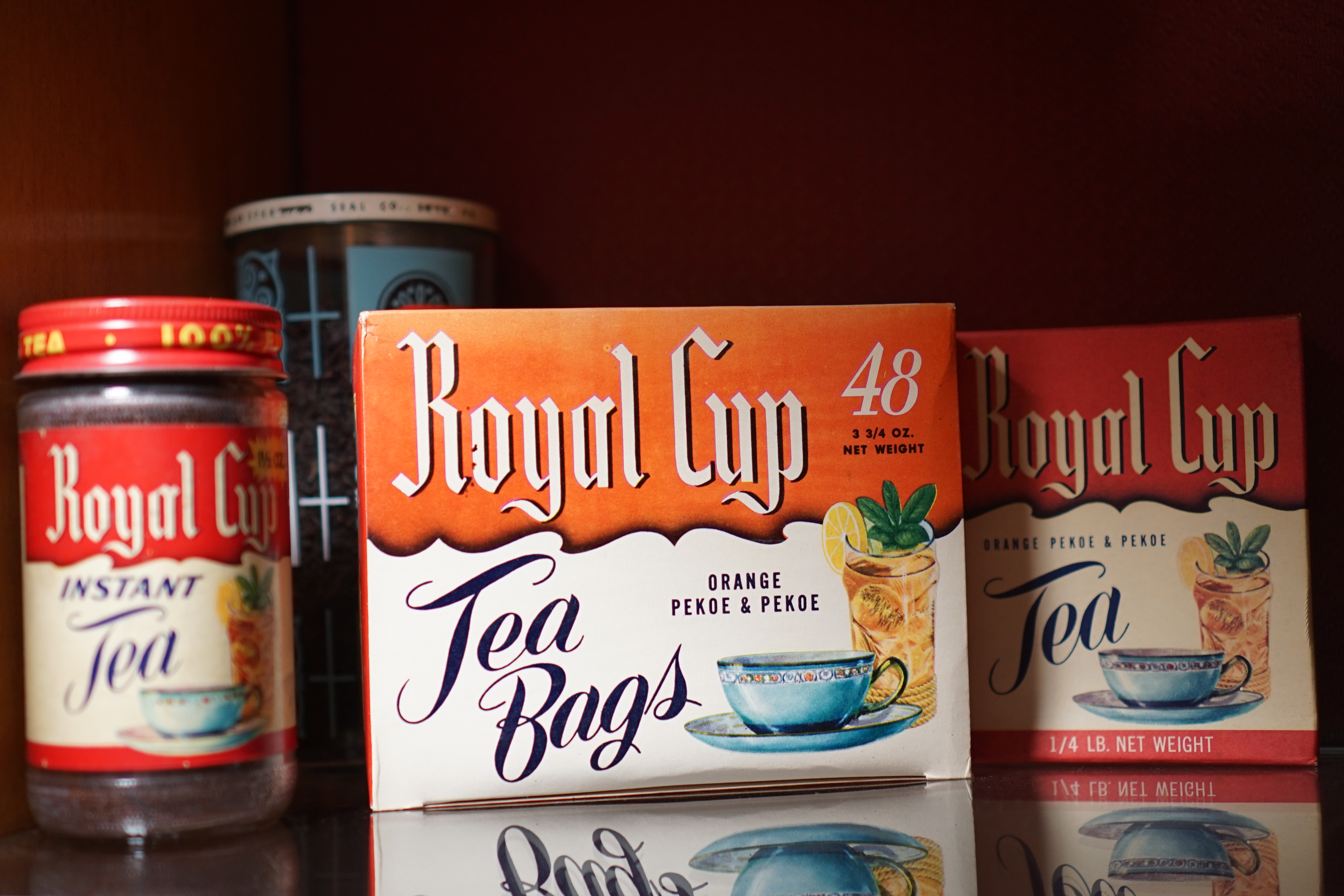 After William Smith passed away in 1968, his son, William E. Smith Jr., stepped in as vice president and general manager of Royal Cup Coffee. In 1968, Royal Cup entered the office coffee sales arena by establishing its first route to service this business segment – a service we still pride ourselves on today! 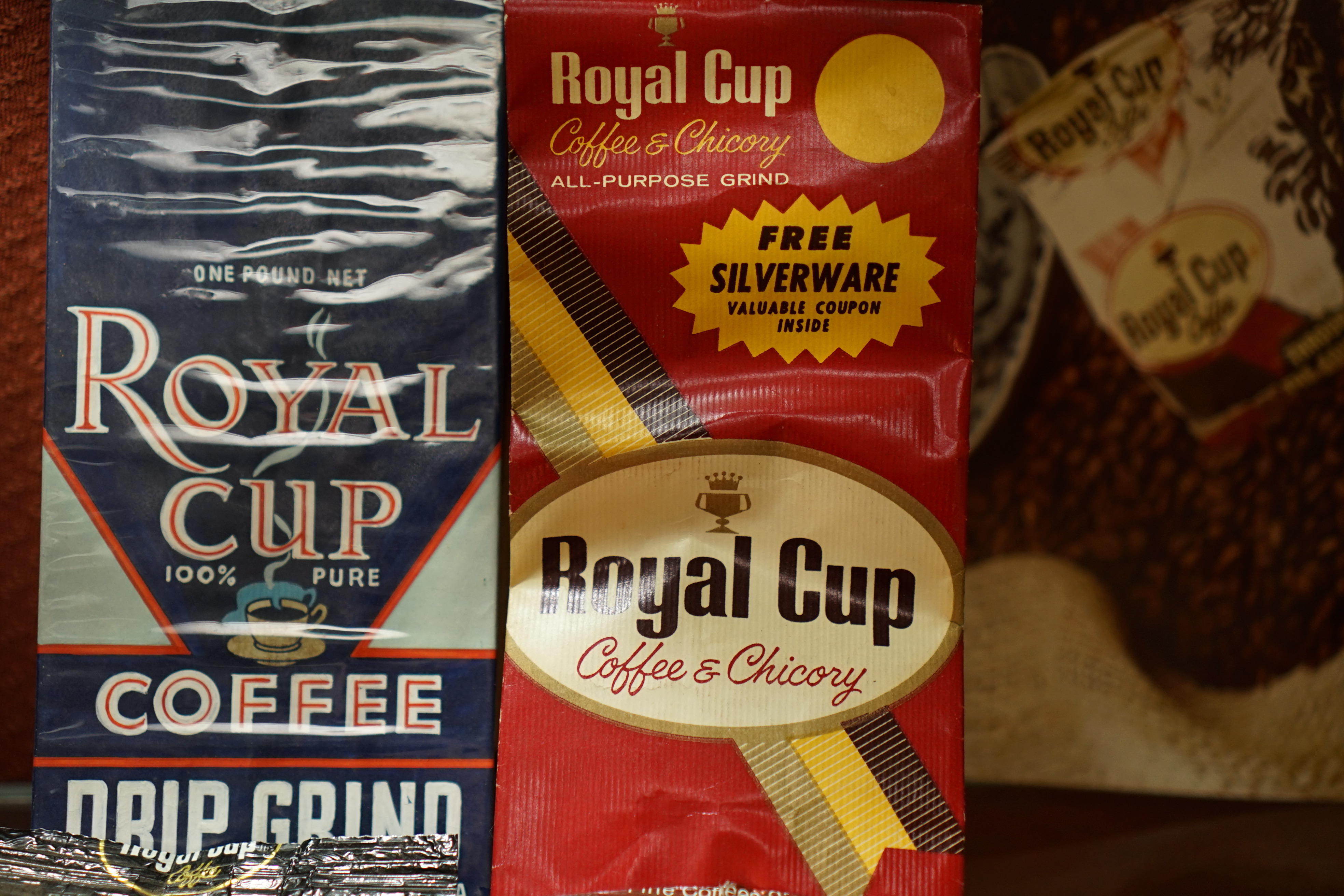 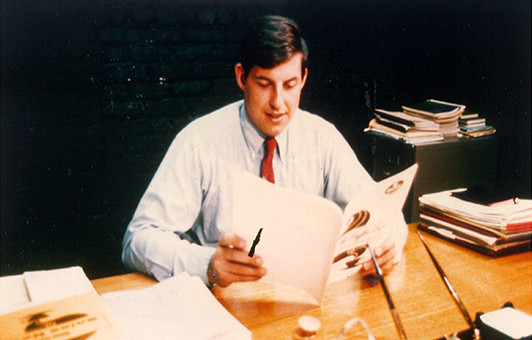 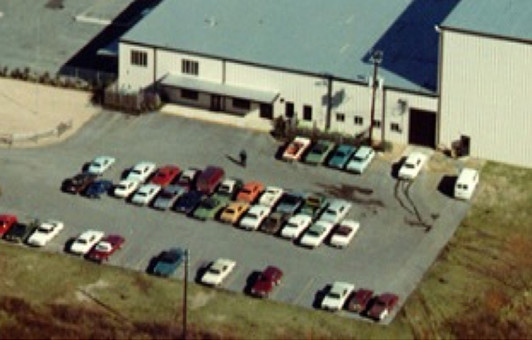 The 1990s brought a lot of excitement as we celebrated our centennial year in 1996! We honored this milestone with the unveiling of a roaring new logo and a specialized product line that represents the tradition and taste of our great coffee. 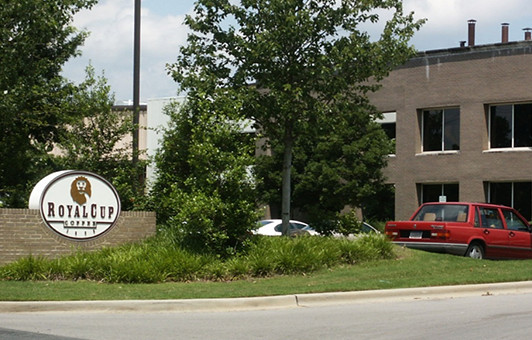 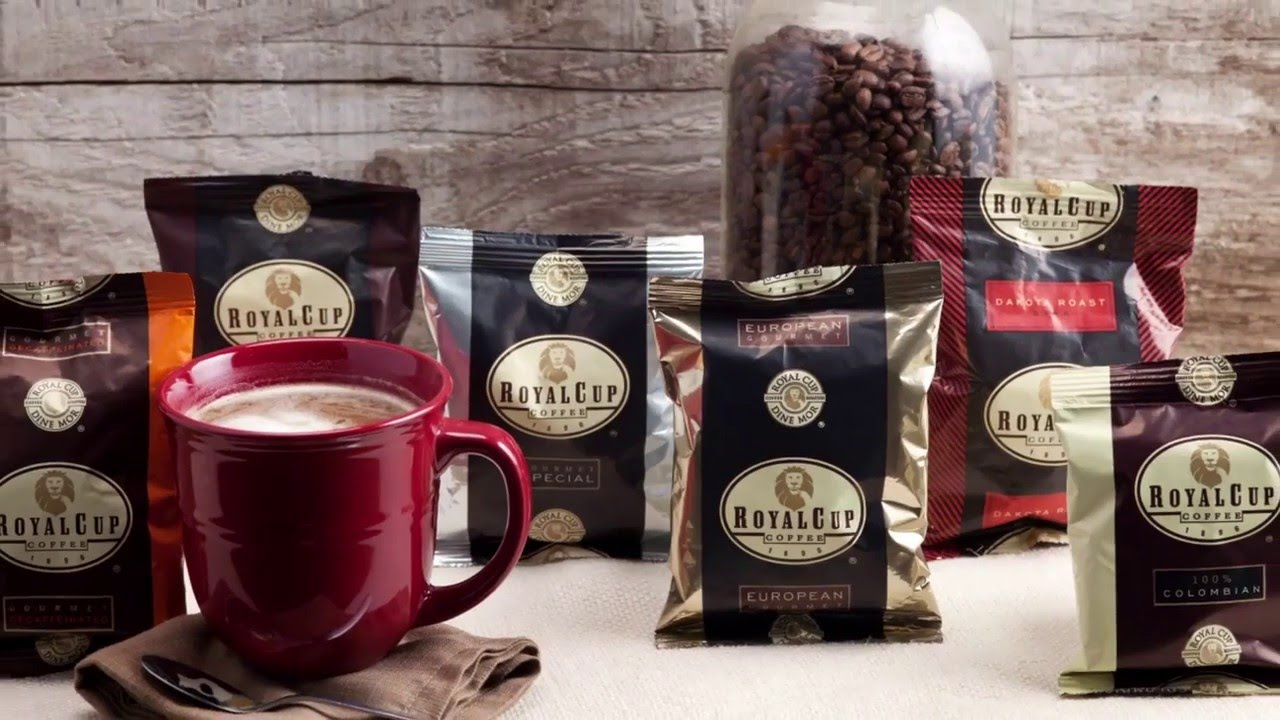 2000s: Rock-solid Start to the Century

We started the new century off with the launch of several amazing lines like our Villa Rey coffees and IBIS MOON teas. Our company was on the move to create products that met the unique needs and desires of our customers around the country. In 2007, Royal Cup expanded its west coast route delivery operations to California, allowing Royal Cup to serve the best coffee coast-to-coast! 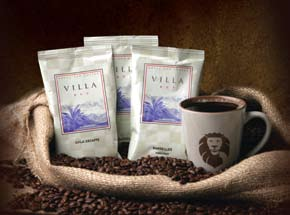 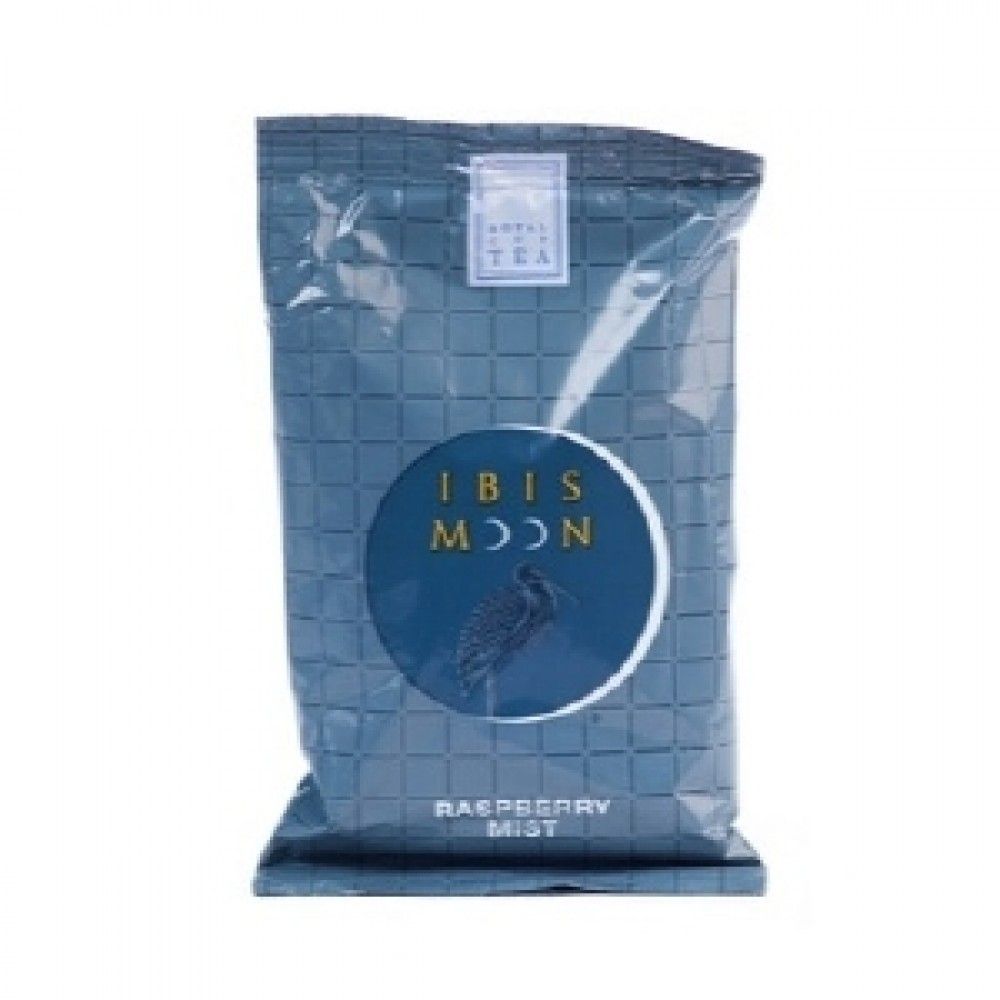 We kicked off this decade by introducing the first version of our ROAR coffee line-up to customers nationwide! Royal Cup also grew internally under the leadership of our new CEO, Bill Smith III, grandson of William E. Smith. In 2016, we completed a three-year manufacturing expansion project, including a new 33,000-square-foot facility to improve and automate the storage and production of our products. In 2019, we closed out the decade with the rebranding of our product portfolio, consolidating several existing brands into a new family of four core brand identities: Prideland, Royal Cup Signature, ROAR and H.C. Valentine. 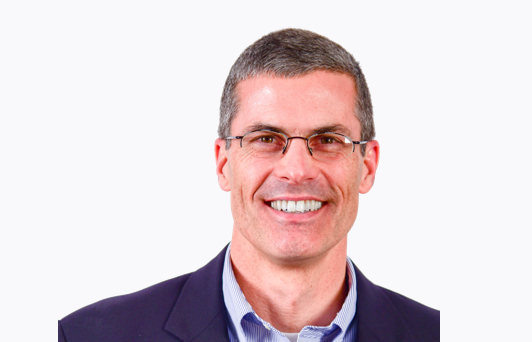 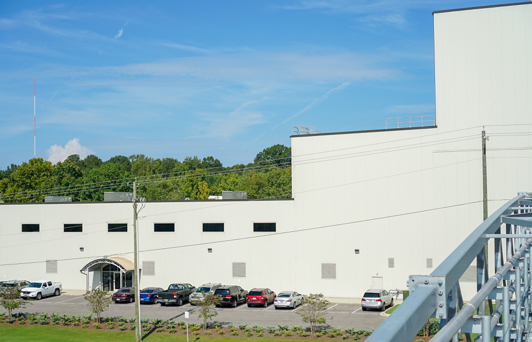 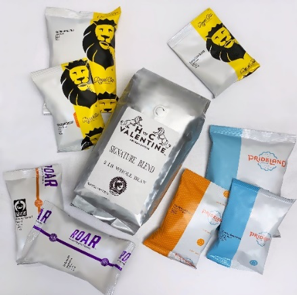 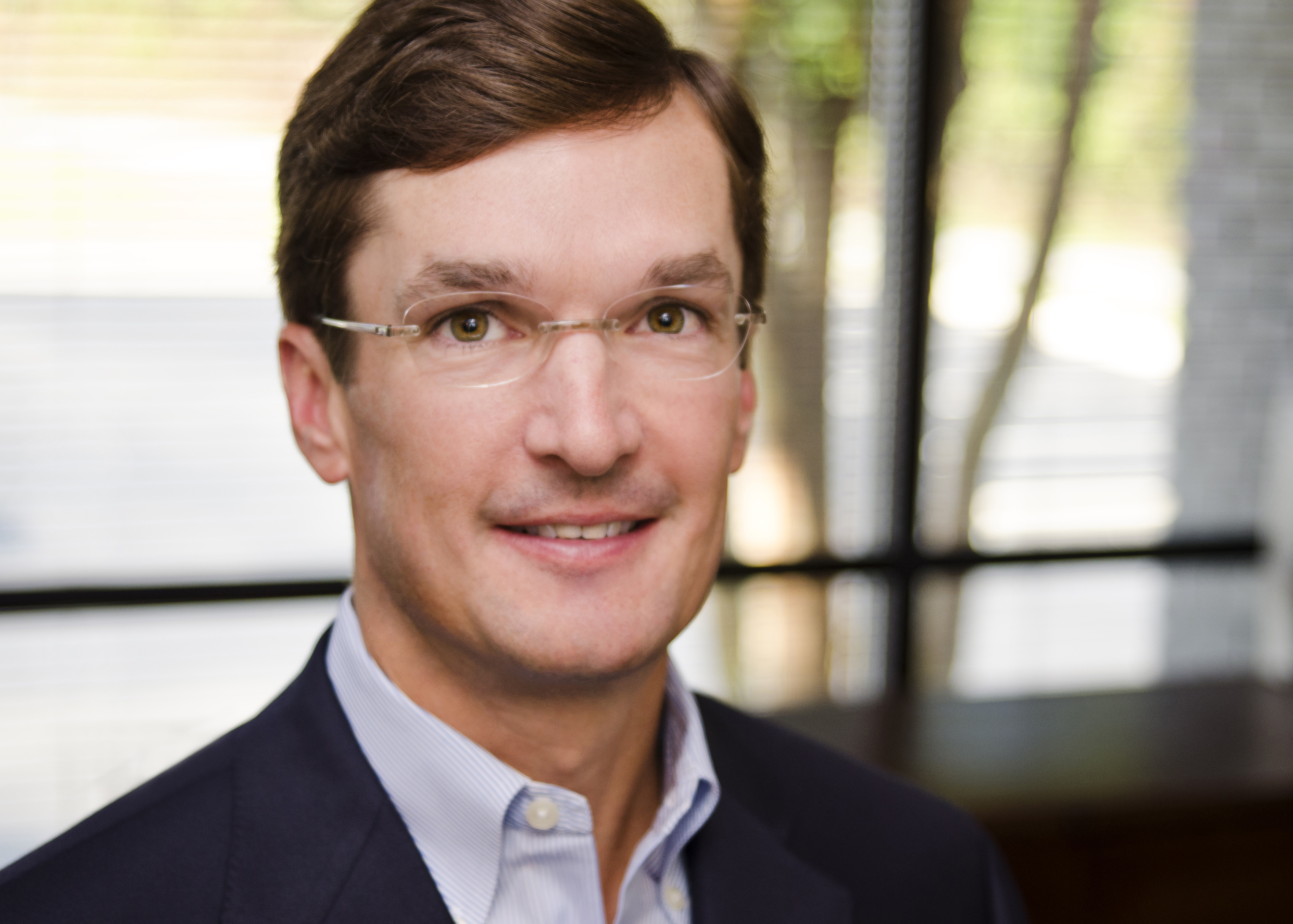 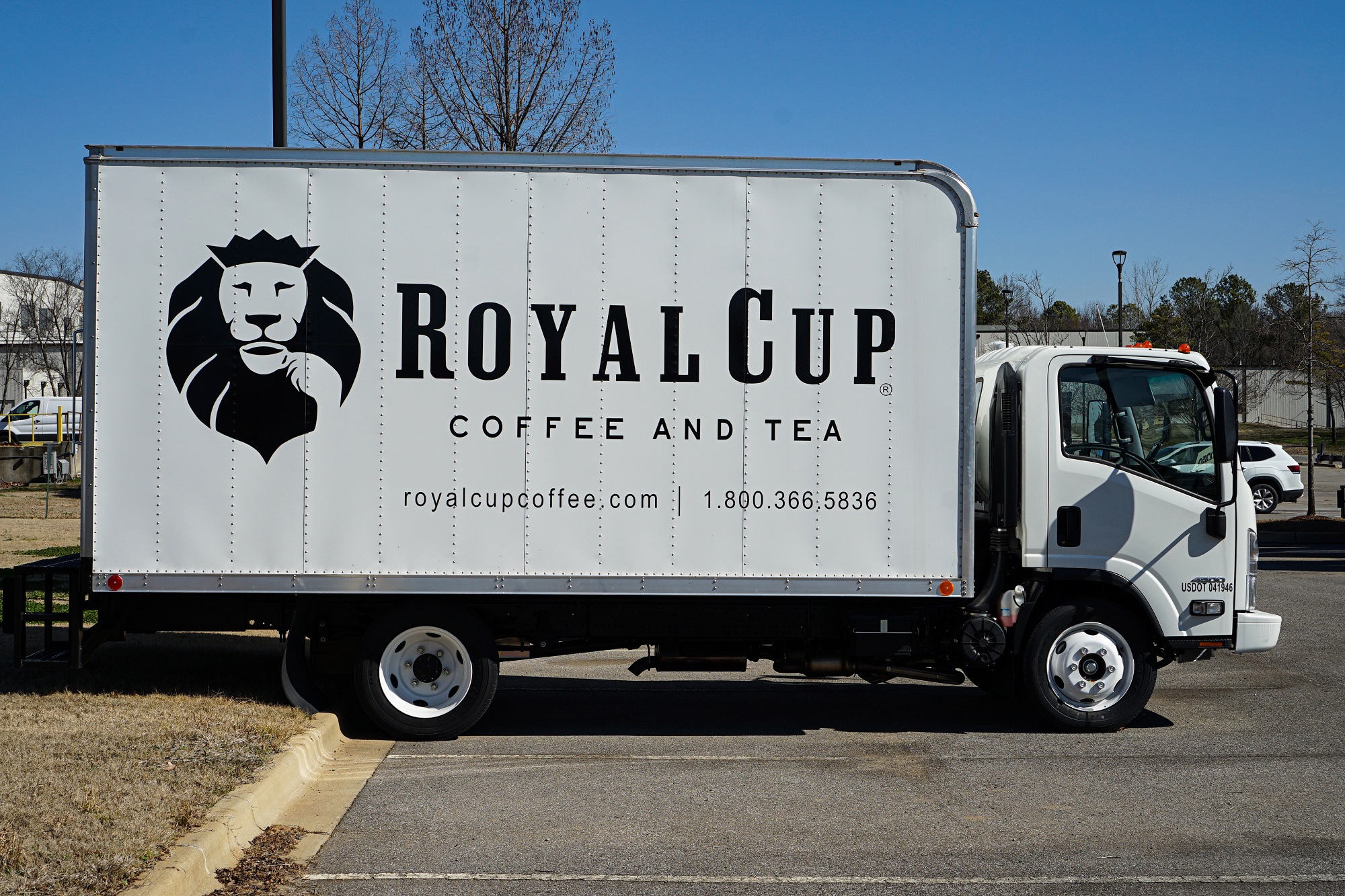 During the beginning of 2020, as the national pandemic spread to such an extent that the world had no choice but to shut down, we were challenged to look at business differently. The effects of the pandemic brought our Royal Cup family together, and with our newly appointed CEO, Chip Wann, leading the company, we have charted our path back towards new business while maintaining our unparalleled dedication to customer care. Now in 2021, our mission is to continue providing excellent service to our customers, bring along new customers, and serve up the best premium coffee and tea around!

We’ve had a pretty incredible journey so far, and we’re not slowing down anytime soon. Our team at Royal Cup can’t expresso how much it means to have the support of our loyal customers, partners, and team members along the way! Cheers to you all!