We Are Proud to Release our Latest Sustainability Report

Sustainability News
Published on August 4, 2016
Reading time: 1 minute
Back to all articles

Royal Cup Coffee and Tea was presented with two awards for the company’s commitment to sustainability: The “Commercial Conservation” Award from the Alabama Environmental Council for the company’s goal to be 99% landfill free, and the “Outstanding Business” Award from My Green Birmingham for its efforts to reduce waste and cut air emissions.

Some other highlights from Royal Cup’s 2016 sustainability report include:

These changes have resulted in saving Royal Cup over $180,000 and 2.5 million pounds of avoided CO2 emissions. According to the U.S. Environmental Protection Agency, that’s equivalent to 120 homes’ energy use over the span of an entire year!

Brittany Johnson, 2016 Sustainability Chair for Royal Cup, said, “It is more than just initiatives and policies, it is changing the way we think about business. We want to impact our world for the better.” 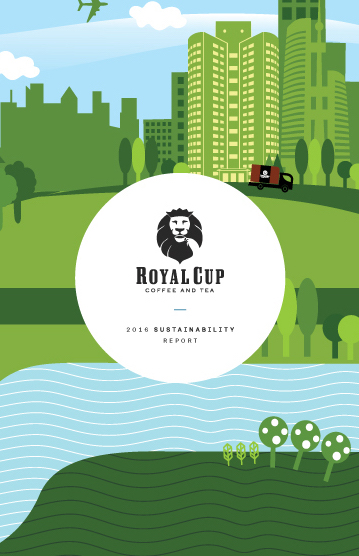