"What's In Your Cup" with John Posey

Coffee The Sum of Us
Published on January 27, 2022
Reading time: 3 minutes
Back to all articles

In this edition of "What’s In Your Cup," we took a visit to Birmingham Warehouse 15 to speak with our very own John Posey, Birmingham Warehouse Manager. John was excited to welcome us to his world and eager to chat about his journey with the company and share his goals for this year. After we poured our beverages we asked John, “What’s in Your Cup?” 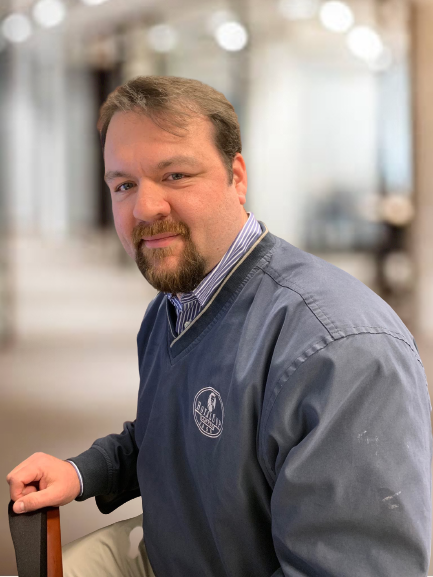 “I like to start every day with Royal Cup Signature 100% Colombian coffee,” said John. “It has been my favorite coffee since I started working for Royal Cup. If I’m having a really good day, I wind down with a cup of ROAR Earl Grey tea in the afternoon.”

John oversees the daily operations for Warehouse 10, 15, and Espresship at the Birmingham HQ campus. “In short, I have to make sure everything is operating smoothly. Most people don’t realize how many hats we wear over here, and the mode changes frequently, so you always have to be ready for what’s next” John stated. “We work closely with almost every department across the organization. So, we must be prepared for every task that comes our way. It can be challenging at times, but we teach our teams to be resilient, embrace the challenge, and take them on. That’s how we best serve our team members and our customers.”

John has been with the organization for almost seven years, starting as a Second Shift Manager before becoming Warehouse Manager. When asked why Royal Cup, John immediately spoke about the company culture, work-life balance, and the impact his soon-to-be-manager Todd Jackson, Director of Corporate Warehousing, made during the initial interview process.

“During my first call with Todd, we spoke about the role, the company culture, leadership philosophy, and other interesting topics that allowed me to get to know him as a person. He spoke about the vision of the company and the importance of work-life balance. After we ended the call, I knew that I wanted to work for him.”

Todd Jackson is the person who motivates John within the organization. “Todd is not just a boss, he is a friend, role model, and mentor. The greatest thing you can say about a person who is in a leadership role is that they are empathetic, and they wouldn’t ask you to do things that they wouldn’t do themselves. I am fortunate to say that I have sat in rooms and made many decisions with Todd and never witnessed him put himself above the betterment of the company or the team.”

As we continued our conversation over our Colombian coffee, we asked John what excited him most about working for Royal Cup. “I love being a part of my team’s life. I have been able to watch my team grow up – some have been with me since they were teenagers, and it’s been amazing to witness them grow and develop as individuals.”

John’s goal for 2022 is simple - “focus on the overall customer experience and gain the momentum back that we had pre-covid.”

Which brings us to - Four Fun Questions with John:

1. What’s one thing you are good at that people do not typically know?

"What would shock most people is that I grew up training horses and participated in a couple of local rodeos. I am also a titled landowner in Scotland! A gift from my wife so I could seem more exciting, but we own a 1-yard piece of land so in Scotland I would be called Sir John Posey!"

"I like country, but my favorite is 1980s college rock. This has been my favorite genre of music since middle school. But I also find myself listening to music from the Disney movie “Encanto” with my two daughters."

3. Are you a morning person or a night owl?

"I am both. Typically, I must grab my morning cup of coffee and I want to talk to everyone loudly at the warehouse. It drives everyone crazy, but I am up like a lightning bulb in the morning. I’m also not much of a sleeper and I can stay awake until midnight."

4. What’s one thing that you are proud of?

"I am very proud of Royal Cup’s work culture and community. The things we have been able to accomplish at the warehouse make me proud to say that I’m a part of a great organization. I am also proud of my children. Both of my girls are smart, creative, and have moxie."

After meeting with John, it was clear that he exemplifies what it means to be One Team, One Cup. His tenacity to see the job through to the best of his ability, the positivity he exudes throughout his day, and the great leadership he provides to those around him are all prime examples of delivering your best effort every time. We enjoyed our time with John and hope more people will match his overall zest for life. Until next time, stay warm and well-caffeinated!

Interviewed and written by Ashley Moore.